Let me start by saying this post has entirely too many photos.  I considered splitting it into two posts, but decided to just go for it! So get ready for a lot of scrolling!
Last night I got to attend my very first Vera Bradley party! I can't even tell you how excited I was.  I even got approval to leave work 15 minutes early (4:45) because I was afraid I was going to hit traffic on my way to the party and be late for the 6:30 start.  Well, I made it to the mall at 5:35, which actually worked out perfectly because I was able to grab a bite to eat and then head to the store to meet up with some of my Vera Friends :) 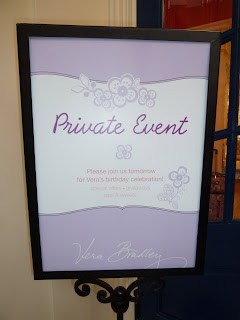 A line started to form around 6:00pm, so we moved over to the line.  There were only 4 people ahead of us.  They let us in about 6 at a time, I was in the first group!! 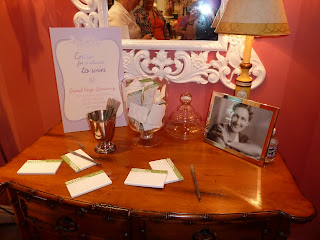 The first thing that I did was sign up for the drawings! 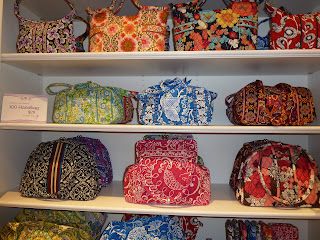 Next I was off to get my $29 100 Handbag!  Plum Petals please!
They were bringing out bags one by one, but eventually bought out a huge basket/tote filled with them!  Everyone wanted one, if not two or three! 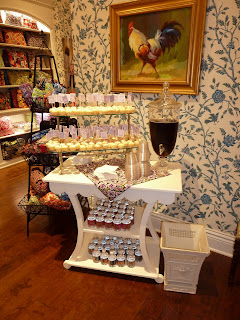 Next stop, cupcakes!! I am kind of surprised I didnt go here first! Haha.  Super cute mini cupcakes with purple sprinkles.   See the picture below for the cupcake toppers.  They also had Purple Punch (get it??) and mini water bottles.  Such a cute set up! 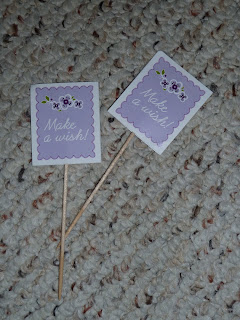 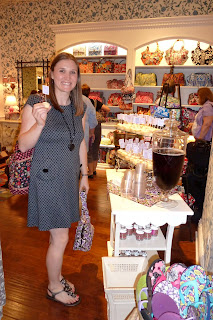 Me and mini cupcake #1, I think that I had 3.  Guess I didnt have enough at dinner, haha. 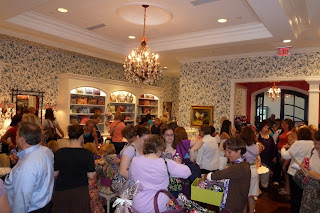 So many people at the store! The line to check out was long and it never got shorter.  Seemed like everyone has at least one 100 Handbag! 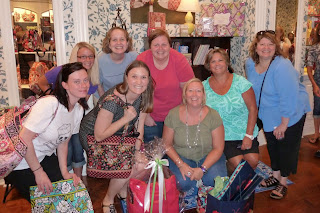 Me and my Vera Friends!!!  I had such a great time shopping with all of them! Christina even won one of the prizes!! From the Cabin collection she won a Boxy Tote & Cosmetic along with an Accordion Wallet.   Speaking of the Accordion Wallet, I might have to try one out when my Turn Lock Wallet finally wears out.  I really like how much stuff it can hold! Thanks ladies for a fun night! 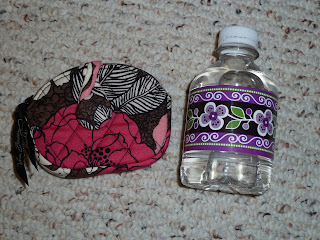 They gave out Button Coin Purses for bringing in a vintage bag or bringing in a photo of your collection.  I brought in a photo of my collection, since the Anastasia Villager I took wasnt from before 2000.  Actually the photo is from this post. Now I finally have something in Mocha Rouge!  I thought that I would also include my Plum Petals water bottle.  Thanks for the coin purse! 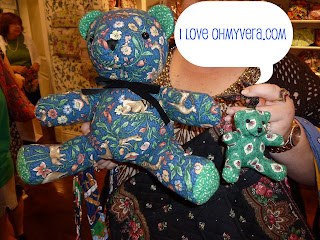 Speaking of vintage bags...this woman had so many vintage bags with her! She also had two of the teddy bears, so of course I had to go take a photo.  I kind of cut off half of her face and since I didnt tell her that I was going to post this on my blog, I decided to protect the innocent, haha.  The bears love the blog by the way.
Now to some pictures of the beautiful invitation! 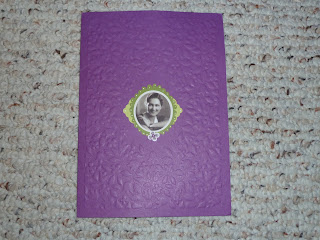 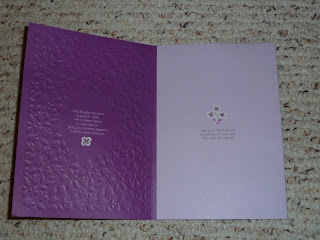 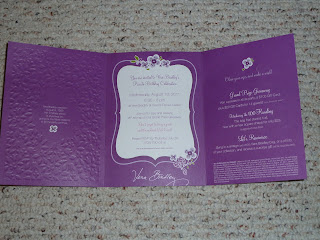 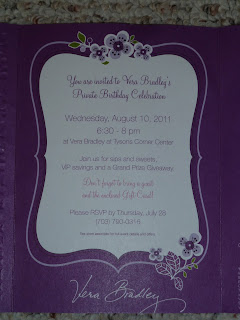 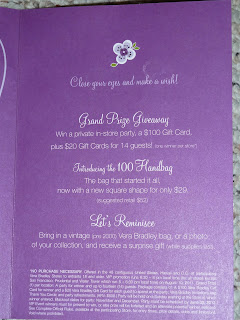 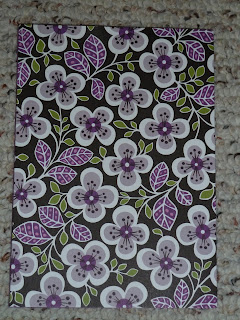 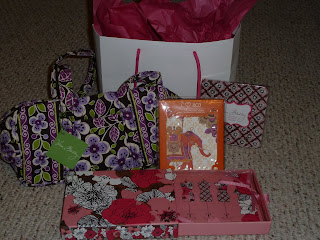 I got out of the store without doing too much damage to my wallet.  I picked up the 100 Handbag in Plum Petals...at $29 I just couldnt pass it up.  I also picked up some stationary, Mocha Rouge cards and Safari Sunset cards.  Everyone who attends the party gets a free gift! I wasn't expecting anything, but was excited to find out that they were giving us cocktail napkins and party cups! By the time I decided to get in line they were out of Mocha Rouge and Plum Petals cups.  I'm not really a fan of Safari Sunset (the cards are for my Mom) so when they offered to have the cups shipped to me I picked that option so that I could get the Mocha Rouge set.  I am excited to get them!
Thank you so much to the women at the Vera Bradley store for hosting such a wonderful event!  I had a great time and really enjoyed being around so many other women who love Vera Bradley as much as I do. It was a neat experience and I can't wait to attend another one!